Cohen’s lawyer, Stephen M. Ryan, said that U.S. prosecutors conducted a search that was partly a referral by the Office of Special Counsel, Robert Mueller.

Mueller is investigating whether members of Trump’s 2016 campaign colluded with Russia during the U.S. presidential election. Trump has called the probe a “witch hunt” and denied any collusion.

“Today, the U.S. Attorney’s Office for the Southern District of New York executed a series of search warrants and seized the privileged communications between my client, Michael Cohen, and his clients,” Ryan said in a statement.

“I have been advised by federal prosecutors that the New York action is, in part, a referral by the Office of Special Counsel, Robert Mueller,” Ryan said.

Monday’s raids were first reported by The New York Times.

Cohen did not immediately respond to Reuters for a request for comment. A spokesman for Mueller had no comment.

A source familiar with the investigation said that among the items the FBI and the U.S. Attorney’s office in Manhattan sought in the raids were information on the origins of a $130,000 payment to Stormy Daniels, whose real name is Stephanie Clifford.

Cohen has said that he paid the $130,000 settlement money from his own pocket through a personal home equity loan. Trump, in comments to reporters on Air Force One last week, said that he did not know about the payment. 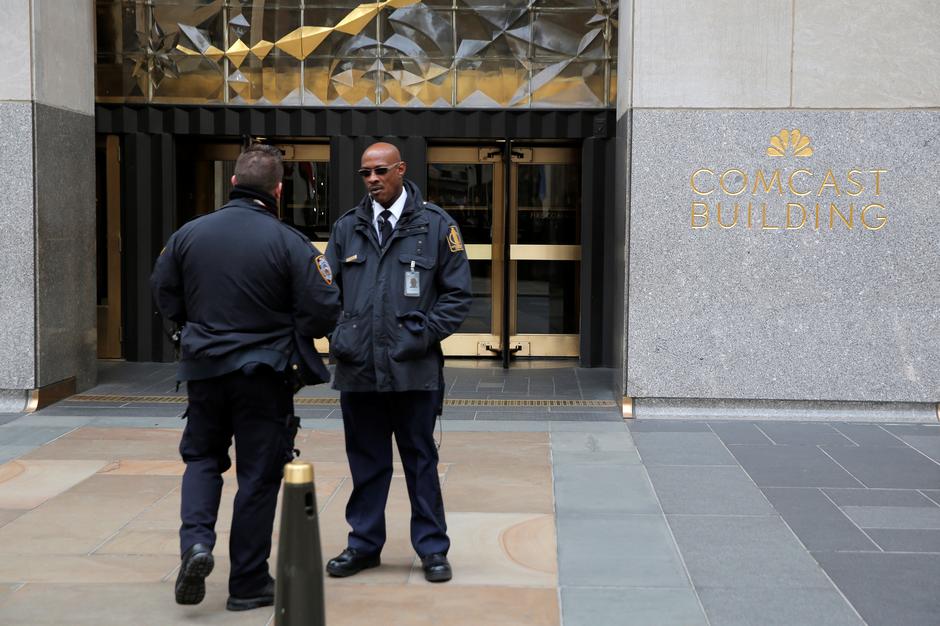 Police and security stand outside 30 Rockefeller Plaza, the location for the offices of U.S. President Donald Tump’s lawyer Michael Cohen which was raided by the F.B.I. today in the Manhattan borough of New York City, New York, U.S., April 9, 2018. REUTERS/Andrew Kelly

The FBI and U.S. Attorney’s office on Monday also sought any emails between former White House communications director Hope Hicks and Cohen about a false and misleading account that Trump helped prepare of a June 9, 2016, meeting between Trump’s son Donald Trump, Jr. and son-in-law Jared Kushner and a group of Russians who had promised “dirt” on Democratic presidential candidate Hillary Clinton, another source familiar with the investigation said.

Such emails would not be covered by attorney-client privilege, this source said, because Cohen did not represent Hicks.

Ryan, in his statement, called the search warrants executed by the U.S. Attorney’s office in Manhattan “completely inappropriate and unnecessary.”

“It resulted in the unnecessary seizure of protected attorney client communications between a lawyer and his clients,” he said.

Ryan said that Cohen has cooperated with authorities and turned over thousands of documents to congressional investigators for their own probes into Moscow’s alleged efforts to influence the U.S. election.